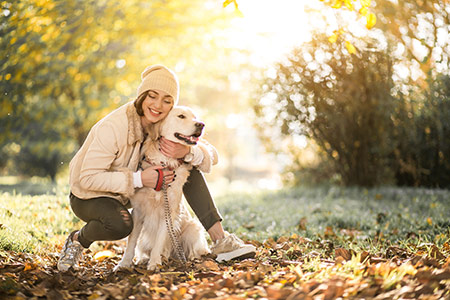 Do you wear your heart on your sleeve? Keep your emotions bottled up? Your pets don’t have the option. They express their feelings very clearly through body language. Reading their cues properly can help you keep your dog or cat happy and stress-free.

Canine body language is very expressive. If you learn to recognize the following five stances, you’ll likely be able to read your dog’s feelings the majority of the time.

Why Do Dogs Lick? 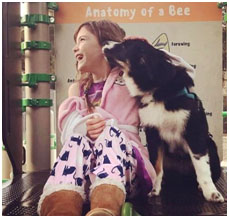 To humans, licking is a socially unacceptable behavior. To dogs, licking is as natural as barking. While most licking is harmless and affectionate, there are circumstances when you should address the issue.

One of the first things a mother dog does with her newborn pups is lick them – it helps stimulate their circulatory and respiratory systems. She also cleans the puppies by licking them, while they instinctively lick around her mouth for permission to suckle. Wild dogs are known to lick superior pack members as a gesture of submission.

Since licking is a behavior dogs learn as soon as they’re born, it’s one they’ll always exhibit. It’s a pleasant sensation for your dog as licking releases endorphins, comforting him and relieving tension. Licking is also believed to serve as a sensory behavior, a way to explore what’s around him. Since the tongue obviously houses your dog’s taste buds, he may be licking for the taste.

Excessive licking of people or things can be a problem. If you consistently respond joyfully to him licking you, your dog believes this is a behavior you like and he’ll use it to get your attention. Remove that attention by not petting your dog when he licks you or leaving the room if he persists. If your dog obsessively licks your skin, he may be after the salty taste. This could indicate a nutritional deficiency. Consider a product like NuVet Plus to supplement his diet. 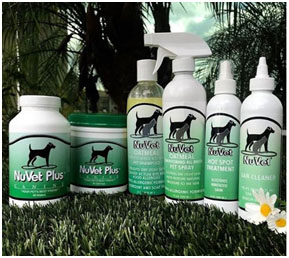 Although excessive licking of people is an annoyance, other obsessive licking might indicate a health problem. In several NuVet reviews, consumers noted a dramatic decrease in dogs licking their own skin, after starting their pets on NuVet Plus. Environmental and food sensitivities are a common culprit. Licking of the paws is often an indication of an infliction. Some NuVet Plus reviews mention dogs that licked their paws raw, making walking harder than usual, before they began taking the supplement.

Compulsive licking sometimes results from boredom and anxiety. As with many behavioral issues, exercise is a key deterrent. Playing with and walking your dog regularly, as well as keeping him mentally stimulated, might be what your dog needs to stop his constant licking. 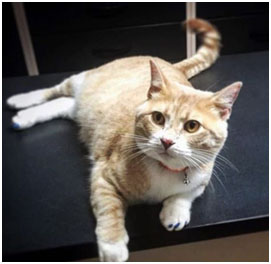 Felines don’t display quite as much emotion through body language, but you can read things in their ears and tails. Ears slightly to the side and forward show calm, while straight-up ears, either still or twitching, indicate interest or agitation. Ears flat against his head mean he’s about to attack. An uninterested cat’s ears will often move independently of one another.

Trust your cat’s tail when all else fails. A confident cat holds his tail high in the air, while a fearful cat will tuck his tail between his legs. If the hair is out on his straight-up tail, your cat is feeling threatened.

If you are a cat owner, the sound of your cat’s purr probably makes you feel warm and fuzzy on the inside. Most of us associate cat purring with happiness and contentment, and in many cases that is the exact reason why your cat is softly purring while sitting next to you on the couch. However, scientists and researchers are starting to uncover the many reasons why cats purr, and how they use this method to communicate with us and with other cats.

Now that you know why your cat is purring, you will probably be able to better meet your pet’s needs. Understanding how and why your cat communicates will help to strengthen the bond that you have with your cat, and will ensure that you both enjoy your time together more. In addition to keeping your cat happy, you also should focus on your pet’s health. A nutritional supplement, such as NuVet Plus, might be the perfect addition to your cat’s diet. This supplement will ensure that your cat gets all of the vitamins, minerals and antioxidants it needs for a truly well-balanced diet. With a daily dose of NuVet Plus, your cat will be purring for many more years to come. For more information, check out the NuVet Labs website today.

Better Health For Dogs is focused on the health and wellbeing of companion pets. From recipes to nutrition to grooming and playing, join our community as we offer tips & tricks to keeping your dog happy & healthy!