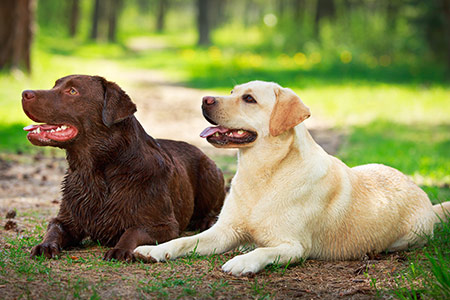 For dog parents the fact that there are parks out there that exist solely for the socialization and entertainment of dogs is a great thing. The advantages of having a safe, dogs-only place for your pooch to play can take some weight off of a puppy parent who may be concerned about where to take their dog so that they can socialize with other canines. If you are planning to set out for the dog park soon, Better Health for Dogs thought we would help by sharing a few things not to do at the dog park that will work to make your experience as fun and safe as possible for you and your pup.

Probably one of the worst things to do at the dog park is to forget to pick up after your pooch when they poop. In addition to your dog, chances are many other dogs are also going to be making deposits at the dog park, which can make for quite a messy and bacteria-riddled situation, which is why it is so important to pick up after your pup. The more folks remember to pick up, the less likely your dog (or you) will step, roll or play in it. Worse yet, your dog could ingest another dog’s fecal material, which could contain harmful bacteria or other things that could make your dog ill.

If you are not comfortable taking your pup off-leash at the dog park then it may not be the right time to bring him to an off-leash dog park. The concern here is that your leash can actually get tangled up with your dog, another dog or a person and cause a tripping hazard or worse. Additionally, if your dog feels threatened by another dog and is confined by the leash, then it could cause a lot of unwanted anxiety for your dog.

This might see counter-intuitive but bringing a hyper dog to a dog park can actually cause problems.  The dog park should be a fun and laid back experience for everyone involved. A dog who has been cooped up all day is going to have a lot of excess energy and be prone to over-stimulation, which can end up annoying other dogs who may not appreciate your dog’s abundance of energy. To prevent this, take your dog for a good walk, an easy jog or have a fun game of fetch at home first.

Like leashes, training collars, harnesses or restraint devices like prong collars can actually cause harm to your dog as well as other dogs. Simply, dogs can get tangled up or literally stuck to these items, which can cause things like broken teeth, jaws or worse. A dog stuck to another dog can become quite fearful and anxious which is also problematic.

This advice especially holds true for puppies that may have not received all of their vaccines yet. An unvaccinated dog is more susceptible to catching an illness or disease like distemper or Giardia, for example, from another dog, which you will definitely want to avoid because nobody wants to see his or her puppy sick.

There is a good reasons many dog parks have a small dog and a large dog section and it is simply because your small dog can in some instances appear as prey to a larger dog, which nobody wants. In other words, in a stimulating environment like a dog park a tiny little dog running around, which by all accounts might look like a speedy little bunny, could set off a larger dog’s prey instinct.

Although it is fun to mingle and talk with other dog parents, always be sure that keeping an eye on your pup is your main priority. It is not uncommon for a fun game of doggie-chase to quickly turn into something less light hearted. Also try to keep peaking at your phone at a minimum.

Better Health For Dogs is focused on the health and wellbeing of companion pets. From recipes to nutrition to grooming and playing, join our community as we offer tips & tricks to keeping your dog happy & healthy!